Some Bangkok Websites That You May Have Missed

There’s a ton of websites out there about Bangkok – a ton. A few are great (ahem), most are okay, a whole bunch are awful. And there are even more still that are great, but somehow never get the love they deserve (like Anvil, the awesome Canadian metal band). So I thought I’d quickly cover a few of the sites that I’ve kept running into over the years that – despite a very basic design and having been eclipsed by big-daddy sites like LP, TripAdvisor, and other corporate-backed info sources – are still plugging away, offering unique and interesting takes on Bangkok.

The first is a site called Tour Bangkok Legacies. Written by a Singaporean named Eric Lim, it’s basically writeups on things to see and do in Bangkok and surrounds, often in crazy detail. The maddening thing about the site is that there doesn’t seem to be any easy way to navigate beyond a basic menu with some top stories, and a search bar. However, there have been many, many times over the years when I’m Googling around for some story or something and sure enough, TBL has info on exactly what I need, no matter how esoteric. Tiny museums, weird monuments, anonymous statues…Eric has somehow managed to get the stories behind them all.

The second is a site called SoiDB, or Soi Database. That makes sense, because what it is is a strangely comprehensive list of towers, malls, theaters, hotels, markets, and other points of interest in Bangkok (they claim to cover 8 cities in Thailand and 4 cities in Laos). It’s got photographs, Google Street View screenshots, maps, and enough info to make it pretty valuable if you’re trying to find info on some godforsaken building in the ass-end of some mooban somewhere.

Karsten and his team have done a great job here, writing many thousands of words covering almost every aspect of moving to Thailand, from dealing with packers and shippers to setting up electricity bills and using ATMs. 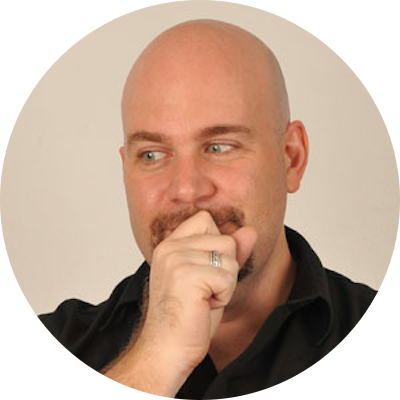 It all started when my best friend suggested we go to Thailand to visit a friend of ours in Chiang Mai in 2001. I told him I can’t just “go to Thailand” and he asked why not. I didn’t have a suitable answer, so we planned a four month trip full of beaches, palm trees, and looking at maps on street corners. Turns out he wasn’t much for traveling though, and went back to Canada after 12 days. I decided to see how things played out, and I’m still here. In that time I’ve taught English, worked as a team building facilitator, done voice overs, gotten shot at (in movies), performed standup comedy, and written enough travel stories to fill a very short book. My interests are movies, technology, bike riding, and short walks on the beach (it’s too hot here to take long walks).

Some Thoughts on Thai Culture

Generalizing about a country’s culture in this day and age is akin to waltzing in a minefield, but what the heck? Not many people have called the B…