Some Thoughts on Thai Culture

Generalizing about a country’s culture in this day and age is akin to waltzing in a minefield, but what the heck? Not many people have called the Bangkok Podcast either cautious or wise, so why start now? Travelling to a new place, especially somewhere that has an entirely different history than one’s own, is not the same project as writing a PhD dissertation. Travelers, both tourists and expats, deserve some straight talk to help them process their new surroundings, and the Bangkok Podcast is here to help!

What we write here about Thai culture are generalizations based on our combined 40 years of living in, reading about, and writing on Thailand. Generalizations can be helpful guides that quickly convey information about unfamiliar situations. However, ‘stereotyping’ is something different. When you stereotype, you assume that an individual who is a member of a group with certain average characteristics must therefore have those same characteristics. That’s not cool. Even though we think certain things are true on average for most Thai people (such as they tend to like spicy food), nothing we say here applies to every Thai person. For example, assuming that your Thai date loves spicy food without asking first would just be rude.

One more thing – Greg grew up in the badlands of Alberta, Canada, and Ed grew up in the American Midwest. Are we ‘typical’ middle class, western guys? Well, we don’t know for sure, but that’s certainly how we feel. So when we talk about Thai culture, it’s really relative to what we were used to growing up. If you grew up somewhere else, say Brazil, South Africa or Estonia, then our take on Thailand might seem a little off to you. Or maybe not. We don’t know because we didn’t grow up in those places. Long story short: this is two white, middle class, western guys’ take on Thai culture. Keep that in mind when interpreting our opinions on Thailand.

Relative to most western cultures, Thai culture is more authoritarian. Thai people are taught to look up to and respect authority figures such as their parents, teachers, religious figures, the military, and the government more than we are in the west. Of course, most children throughout the world are taught similar values, including those in western countries. But not necessarily to the same degree. If you imagine common human cultural traits being a system of dials, picture the authority <–> liberty dial turned a few notches towards authority in most Asian countries, including Thailand.

What this means is that Thai people, especially young ones, are much less likely to question or challenge an older person or someone in a position of authority than someone raised in the west. This manifests itself in school, in the workplace, and in the political realm. While this attitude can promote orderliness, especially among young people, it can also lead to a lack of critical and independent thinking. (Just ask Ed, who has taught in a Thai university for many years).

Other than making delicious spicy food, Thai people might be most well known for this trait: a desire to avoid conflict. One way to avoid conflict is to refrain from criticizing people directly. On the plus side, this makes Thai people some of the nicest people you have ever met. They rarely have a negative word for someone to whom they are talking, and they tend to keep their harsher opinions to themselves. This is one of the many reasons Thailand is a great place to visit! Thai people rarely initiate problems with other people and have developed a number of socially adept ways to avoid arguments and confrontation.

Being ‘too nice’ can have its downsides though. It can make it difficult at times to know what a Thai person really thinks and if he or she is expressing their honest opinion. Also, the desire to avoid conflict can lead to resentments building up over time, leading to a more severe confrontation later.

Westerners, especially Americans, are famous for being obsessively legalistic, talking everything out, and making everything verbally clear. This trait in a culture is sometimes referred to as ‘low context’ because all the information in a situation is expected to be transmitted in words, rather than from the surrounding facts and circumstances. In short, for westerners, if something isn’t explained to us directly, we don’t feel responsible for knowing it.

In Thailand and many other Asian cultures, however, children are taught to learn from their seniors’ example. They know not everything is going to be explained to them. A lot more information is transmitted nonverbally and from the context of a situation. Accordingly, by western standards, a lot more is left unspoken. For foreigners, this can be difficult when we are expected to know something that was never said to us directly.

It is a cliché that Asian culture is more group oriented, and Western culture is more oriented towards the individual. In Thailand, there is a tendency for people to want to fit into a group, rather than to appear unusual or weird. As you get to know Thai people better, you can see that Thais are as unique and as varied as any other people around the world, but they tend to openly express that uniqueness less. To see it, you have to get to know them. Whereas western culture may encourage young people to shout “I am different!” from the rooftops, Thai culture simply doesn’t do that. Hence, you must dig a little deeper to see Thai people’s differences.

Other than ‘Sawasdee,’ probably the most famous phrase in Thai is ‘mai pen rai,’ which loosely translates as “There’s no problem” or “It’s nothing.” Thai culture really values the idea that things are going smoothly, and Thais are very good at presenting a smiling face to the world, which certainly suggests that everything is alright. (Thailand is called the ‘Land of Smiles’ for a reason!)

On the plus side, Thais are good at the simple enjoyment of life and tend not to create problems with their attitude alone. You probably guessed the downside though: Thais often don’t like to be the bearer of bad news and can avoid delivering unpleasant information out of a desire not to upset anyone.

So there you have it. Our relatively superficial introduction to Thai culture. You can certainly see how some of these characteristics overlap with the others, and we think that if you blend them all together, you will get something that approximates the typical Thai person that we encounter in our day to day lives in Thailand. Keeping in mind our caveat about stereotyping, we hope this helps travelers in Thailand understand a little more quickly where Thai people are coming from.

There are many cool, smaller cultural quirks worthy of discussion, and we hope to address some of these in future blog posts. Talk to you again soon. 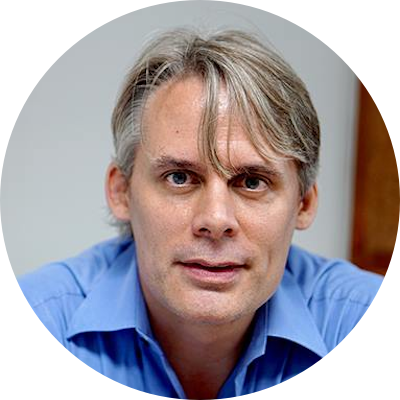 I moved to Thailand in 2000, mostly just to take a break from the American rat race. By ‘break,’ I expected to be in Thailand for 6 months or maybe even one year (!). But everything changed after my first few months in Bangkok. It’s hard to pinpoint any specific thing – it’s just that my life became an adventure. Although I’ve worked many different jobs over the years (mostly academic related), that feeling of ‘adventure’ has never really left – and so I never have.
Currently, I work at a Thai university, and my job is basically to explain ‘the West’ (mostly the U.S. and Great Britain) to Thai students. Having to do that has forced me to better understand where Thais are coming from, and I find being in between these two fascinating worlds a blast!
In my spare time, I’m both a music and a movie person; I’m especially into live blues music and the American ‘New Hollywood’ films of the ‘60s and ‘70s.

Some Bangkok Websites That You May Have Missed

There’s a ton of websites out there about Bangkok – a ton. A few are great (ahem), most are okay, a whole bunch are awful. And there are even…