A Motorcycle Meets A Car Door In Bangkok [Season 2, Episode 63] 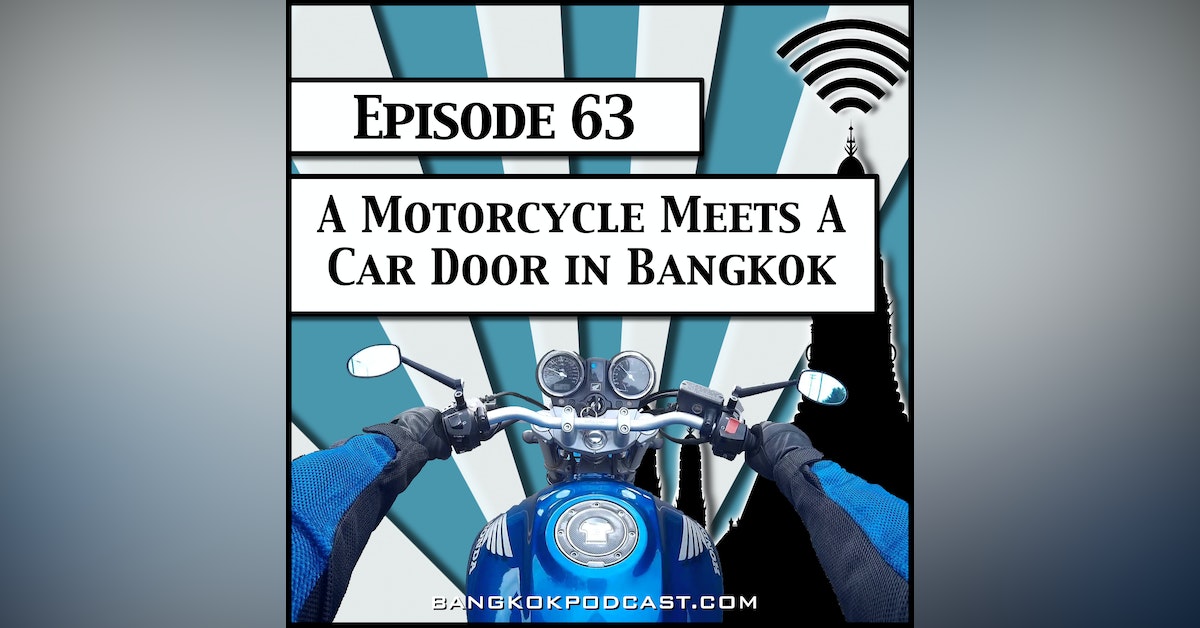 The only thing worse than Thailand’s traffic accident statistics is actually contributing to those statistics. Yes, it finally happened to us in Bangkok.

Before we start, we have to mention a recent news story from Bangkok, which is rather appropriate considering the topic of tonight's show. You may recall we discussed traffic on episode 2.27 -- Blood on the Highway: Thailand’s Seven Deadly Days of Songkran. On that episode we mentioned that Thailand was the second-most deadly country in the world for road fatalities. Well, not anymore. We’re number one! And that’s a good way to set up the rest of the program, as it’s all about an accident we (yes, both of us) were recently involved in. Explaining what happened is tricky, but it involved doubling-up on a motorbike taxi without helmets, a possibly illegal Uber driver, three different quasi-cops, a crazy chicken lady, and someone high up in the taxi mafia (Probably. Possibly. Actually, we have no idea who he was). It’s a story you have to hear to understand, so listen up. We even stuck with the theme on Love, Loathe, or Leave! Someone told Thai drivers to turn on their hazard lights to signal intent to drive straight through an intersection. It’s not hard to guess how we each feel about this reality of living in Bangkok. Thanks for listening. Hit us up on Facebook, Twitter, or LINE. [/fusion_text][/fusion_builder_column][/fusion_builder_row][/fusion_builder_container]