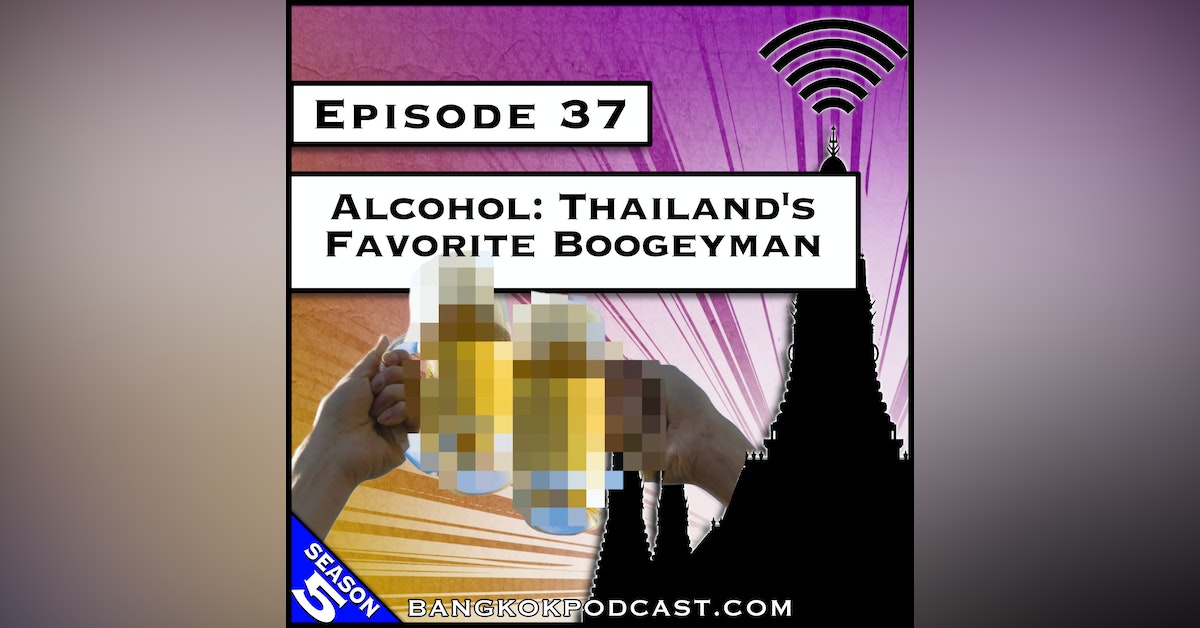 In a very topical show Greg and Ed discuss the role that alcohol plays in Thai culture. For a country that seems to love restricting alcohol consumption, be it for religious holidays or even election days, Thails love to drink (the most in SEA,...

In a very topical show Greg and Ed discuss the role that alcohol plays in Thai culture. For a country that seems to love restricting alcohol consumption, be it for religious holidays or even election days, Thails love to drink (the most in SEA, actually). But there’s a rather huge gulf between the way Thai people actually behave and the image that the Thai government would like to project to the world, which is of a ‘conservative Buddhist country.’

This leads to a discussion of the partial re-opening. Tourists are allowed in with some restrictions, alcohol can be sold in restaurants until 9 pm, but all purely entertainment venues are shuttered, supposedly until January 15th at least. Greg plays devil’s advocate (or in this case, angel’s advocate) and points out that in early stages of the pandemic, some major outbreaks occurred in nightclubs. It’s common sense that people are less careful when intoxicated, so what’s wrong with closing bars and entertainment venues?

Ed does his best to counter with bulletproof logic, pointing out the flaws: why can restaurants serve booze, but not bars? What magic happens at 9 pm, when alcohol stops being served, that causes COVID to suddenly be transmitted where it wasn’t before? And wouldn’t rules about ventilation and the density of customers be a more scientific strategy?

This leads to Ed’s main argument that the government has stopped making policy based on science and is instead merely acting as a ‘conservative Buddhist’ teacher of morals and proper behavior, much to the disadvantage of Thai bar owners and entertainment workers.

Don’t forget to read the excellent article on Thai Enquirer that discusses the same issues - and definitely check out the classic commercial Greg and Ed discussed. JHON! KRIED! KIN LAO!

Yes, folks, Thailand is in the midst of a SOCIAL ORDER CRACKDOWN! So journey here only if you are one of the sizable number of travellers that doesn’t really care about partying after 9 pm. :)

Don’t forget that Patrons get the ad-free version of the show as well as swag and other perks. And we’ll keep our Facebook, Twitter, and LINE accounts active so you can send us comments, questions, or whatever you want to share.