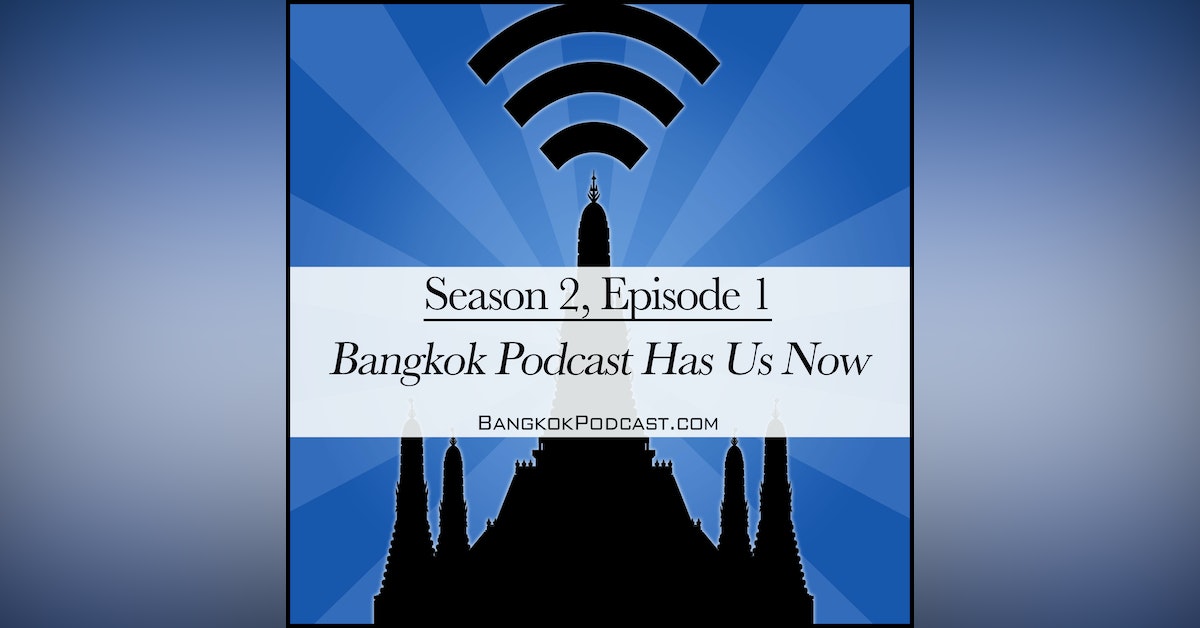 Three years ago, life changes forced the original hosts of Bangkok Podcast to focus on other things, and it was ultimately decided to end the show. But we’re back, baby! With an all new co-host that random chance brought to the show!

Three years ago, life changes forced the original hosts of the Bangkok Podcast to focus on other things, and it was ultimately decided to end the show. But we’re back, baby - and with an all new co-host that random chance brought to the show - Evo Terra!

So, who’s this Evo guy? Here’s the short story: During a year-long sabbatical he and his wife took in 2015, they wound up in a little Thailand town called Ranong, house-sitting for the owners of The Smiling Seahorse, a live-aboard dive company.  No, you’ve probably never heard of Ranong. But if diving the archipelago of Myanmar sounds fun, Ranong is your jumping off point. During those three rainy months, the Kingdom of Thailand sort of grew on them, so they decided to move to the city and make the Big Mango their new home base. His wife (Sheila) is a teacher and he’s a stay at home husband. If you want to read more on him, check out his personal website or follow along on the infrequently published travel/comedy blog, The Opportunistic Travelers. And for those who missed the story when the show first started in 2010, you’ll learn a little about how Greg came to Thailand some some 16 years ago. Like so many Western travelers, he wound up visiting Thailand… and never left. But unlike shiftless Evo, Greg is actually gainfully employed, has a Thai wife and a toddler at home, and yet still somehow finds time to produce episodes of our show each week. So here it is… home. In Bangkok. And that means friends of ours in the Western world have lots of questions. Those questions are what we aim to answer on the re-imagining of The Bangkok Podcast. We’re not a news show. We’re a lifestyle show. Expect conversations, special guests, observations, and pontifications on how two “farangs” -- one Canadian and one American -- find their way living in the capital of The Kingdom of Thailand. And because two podcasting nerds got together, we had to have the obligatory “so how do you listen to podcast?” conversation. Evo’s suggestion: Otto Radio. Give it a shot if you want a new and improved way to listen to and discover podcasts. Greg is a hardcore user of Overcast, probably the most popular not-iTunes podcasting app.