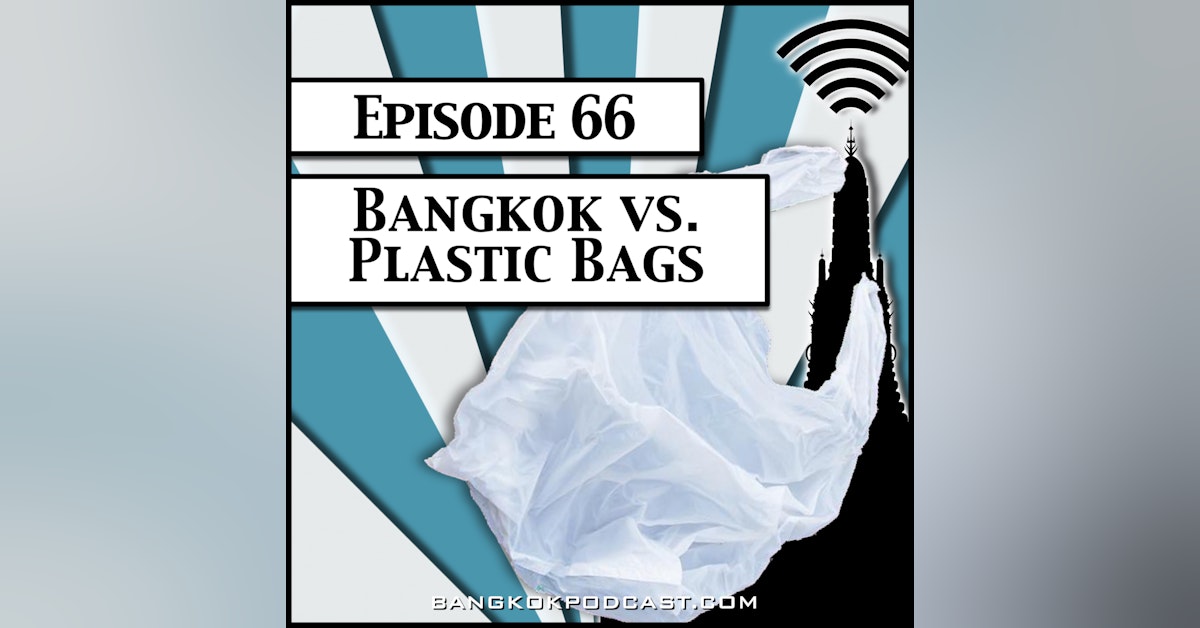 Farangs aren’t going to solve Thailand’s plastic bag glut. But Thai citizens can, and we can join them.

Key links for this episode:

Yes, there are too many plastic bags floating -- literally -- around Bangkok. But rather than you listen to just more expat bitching, we brought on a local Thai person who’s doing more than just bitching about the problem.

Joey Liptapanlop is roping in his fellow citizens to start a grassroots movement aimed at… 7-11? Did you know that Thailand is the 6th worst plastic polluter in the world? That’s thanks to the 1.03 million metric tons of plastic Thais release into the water. Joey and his crew want to do something about that, and this seems like the generation to (finally) get it done. This is something we can get behind.

Slacktivists can join the almost 25,0000 people who have signed the Change.org petition to put the pressure on 7-11. There’s also a Weeboon page to support the efforts of plastic pollution with small donations, currently getting close to ฿100,000. #deathbyplastic

We’re staying controversial with the Love, Loathe, or Leave segment of the show, this time taking on “White Privilege”. Clearly, the two of us are the beneficiaries of such a reality. But how do we feel about it? How do you feel about it?

Listen to what we have to say and let us know in the comments. Special thanks to Mr. Woolibeans -- no, that’s not his real name, and that makes for an interesting story -- for his support of the Bangkok.

Join him and the other ~50 people who support us on Patreon. You’ll get bonus content, the regular show early, and feel good about yourself. And help us keep the show going strong!. Thanks for listening. Hit us up on Facebook, Twitter, or LINE with your questions, comments, or whatever you want to share.