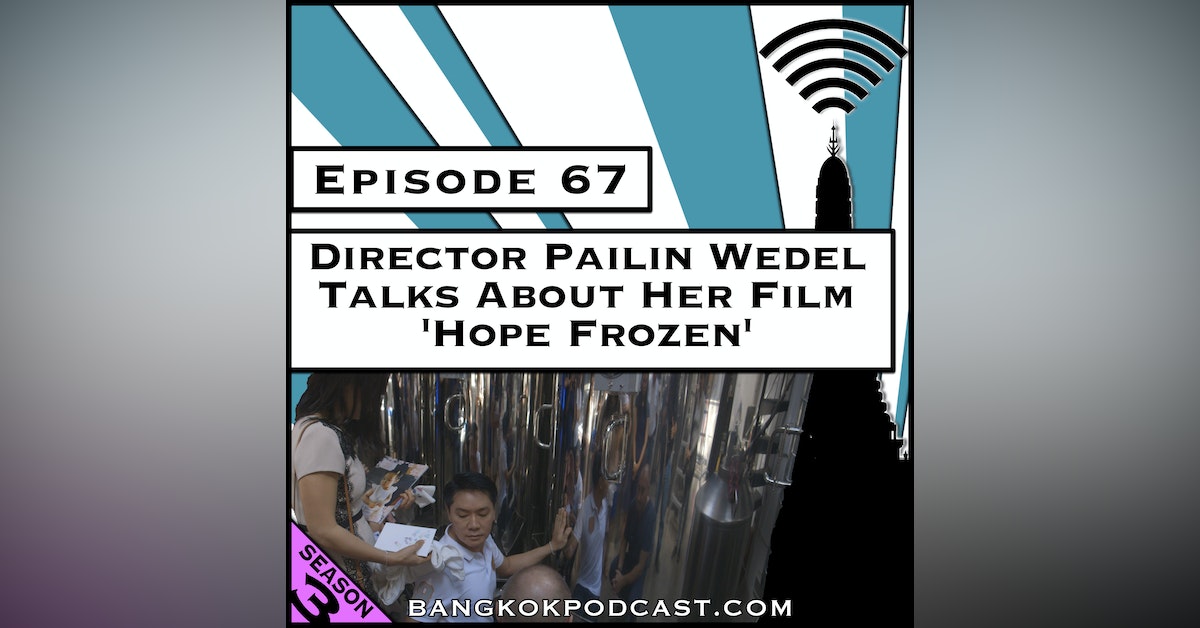 A bit of self-promotion first - we’re happy to see that the Bangkok Podcast was chosen as one of 2019’s . A great honor! Now to the show... Greg and Ed are psyched to sit down with Pailin Wedel, a Thai-American journalist and filmmaker based in...

A bit of self-promotion first - we’re happy to see that the Bangkok Podcast was chosen as one of 2019’s top 25 expat podcasts over at Feedspot. A great honor! Now to the show...

Greg and Ed are psyched to sit down with Pailin Wedel, a Thai-American journalist and filmmaker based in Bangkok, about her new film “Hope Frozen.” Pailin talks a bit about her background as a journalist making short documentary pieces for Al Jazeera and other news outlets. Her new film, however, sprang from a chance meeting with a Thai family suffering an extraordinary tragedy. In brief, the young daughter of a very scientifically-minded Thai family was suffering from terminal cancer, and the family made the decision to ‘cryo-preserve’ their daughter in the hopes that she could possibly be revived in the future with superior technology.

Pailin saw the opportunity to tell a unique story, and luckily the family agreed to be filmed. What ensued was a more than two year process of following the family through the twists and turns of this nightmare scenario, including sometimes unflattering coverage in the Thai media. Pailin relates the tale of making the film and the multiple cultural and religious questions raised by the family’s decisions. She details not only the family’s struggles, but also her own fight to find adequate funding to do the story justice.

The story of ‘Hope Frozen’ reached an incredible (and thoroughly unexpected) climax when the film won the highest award at North America’s largest documentary film festival, HotDocs. Listen in for Pailin’s first hand account of discovering and telling this amazing story, and make sure to follow its continuing journey on the Hope Frozen Facebook page.