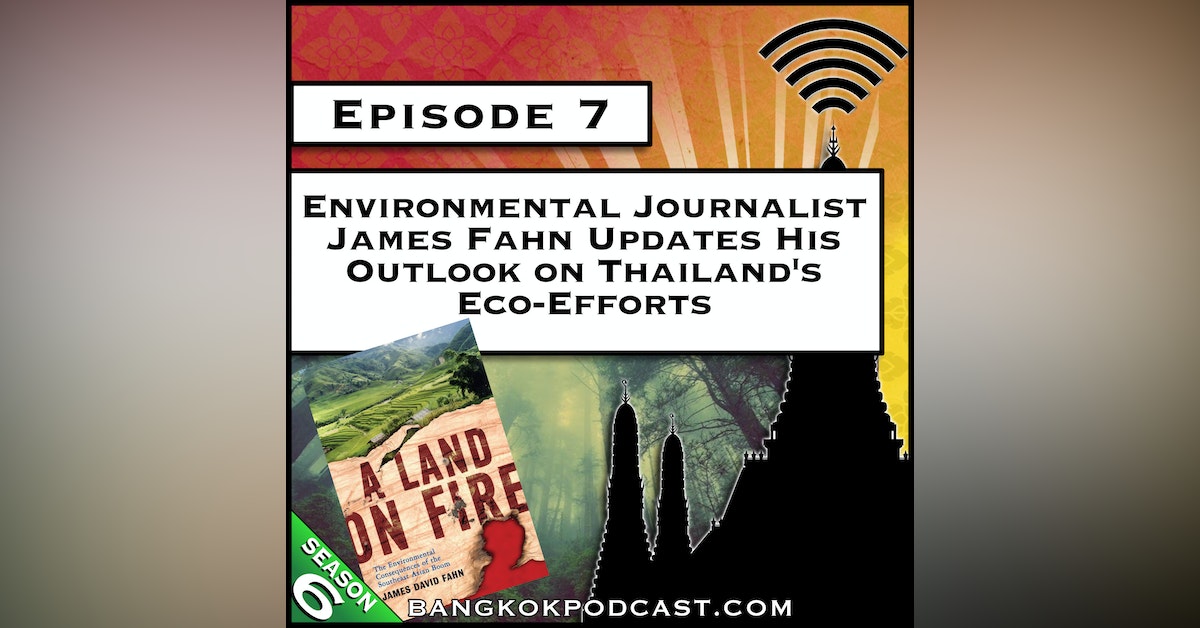 Greg interviews James Fahn, the Executive Director of Internews’ Earth Journalism Network. Greg begins by opening a discussion about James’ book “,” which was published in 2003, after James worked as the environmental editor at The Nation...

Greg interviews James Fahn, the Executive Director of Internews’ Earth Journalism Network. Greg begins by opening a discussion about James’ book “A Land On Fire,” which was published in 2003, after James worked as the environmental editor at The Nation newspaper in Bangkok in the 1990s. James explains that at The Nation, he wrote extensively about environmental issues in Thailand and Southeast Asia, including doing investigative reporting on corruption and corporate malfeasance that damaged the environment. James even tells a story of how he narrowly avoided interviewing a Burmese strong man who likely would have put James on his hit list.

Greg then asks James about how Thailand has changed over time, and whether there is any reason to be optimistic. James notes several things that have gotten better, from public transportation to air pollution to public parks, but then also raises several areas where Thailand still needs a lot of work, such as protection of coral reefs and in the excessive use of plastic. Overall, however, James remains an optimistic, which we are certainly glad to hear at the Bangkok Podcast.

James concludes by making his case that we don’t have to choose between a free market that is pro-business and economic growth and a heavily regulated market that protects the environment at the expense of the economy. Experience in the States shows that preserving the environment can actually boost the economy if done right. Is James eligible to run for Thai Prime Minister? The Bangkok Podcast wants to know!

Don’t forget that Patrons get the ad-free version of the show as well as swag and other perks. And we’ll keep our Facebook, Twitter, and LINE accounts active so you can send us comments, questions, or whatever you want to share.