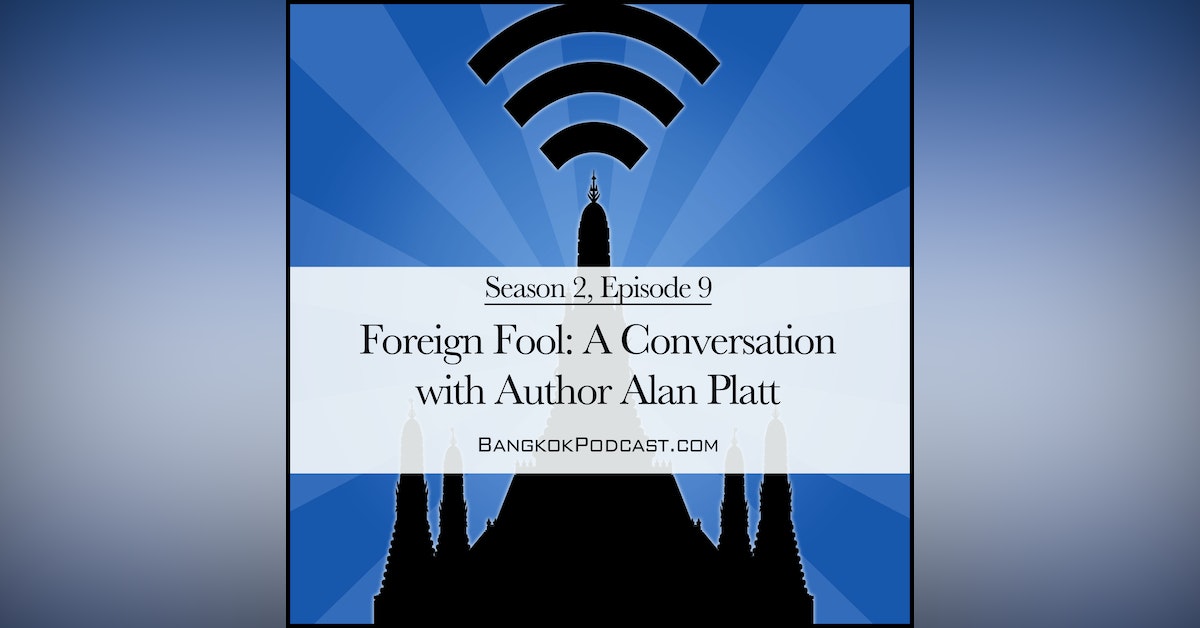 When it comes to unique characters, Bangkok has them in droves - people who have been places, eaten things, talked to people, and lived adventures that would make your mother put her hand to her mouth and proclaim,

When it comes to characters, Bangkok has them in droves - people who have been places, eaten things, talked to people, and lived adventures that would make your mother put her hand to her mouth and proclaim, "Oh my" with a frightened little squeak. On this episode of the Bangkok Podcast we're happy to have one of these epic characters on the show with us - Mr Alan Platt, who, as it happens, has just released a book about his adventures entitled Foreign Fool.

Now I know what you're thinking, and it's the same thing we think when we hear self-published book by a farang in Bangkok, and that is, "Oh, yes, another one for the dusty back section of Asia Books, along with all the stories about hard-boiled detectives, heart-of-gold prostitutes, and love gone bad." But no - that's not what this book is about at all. In fact, take it from me (Greg), who has read the book - this is one hell of a fun read, and is actually - get this - really well written. From Saigon to Bangkok to Panama to London to Honolulu, Foreign Fool tells of, as Alan puts it, the bumbling misadventures of a doofus. I'll just let the first two paragraphs of the first chapter say it themselves:

In Saigon, many years after the war was over, long after the city was declared safe for tourists and when even the hookers were becoming almost discreet, I was kidnapped. That does sound a bit dramatic, I admit. Technically, it was more an abduction. But however one puts it, any mention of that sort of thing floods the mind with images of some poor guy being jumped by thugs, bundled into the trunk of a car and splattered across the tabloids with a screech of tires and the burning of rubber. None of that happened to me. I was kidnapped on a bicycle.

Alan discusses how he went from sunning his broke ass on a Los Angeles beach to the top of the New York ad world, how the book took shape, and a few of the stories - both in the book and not - that keep him looking ahead to the next trip. Visit the book's website at ForeignFool.com Buy Foreign Fool on Amazon.