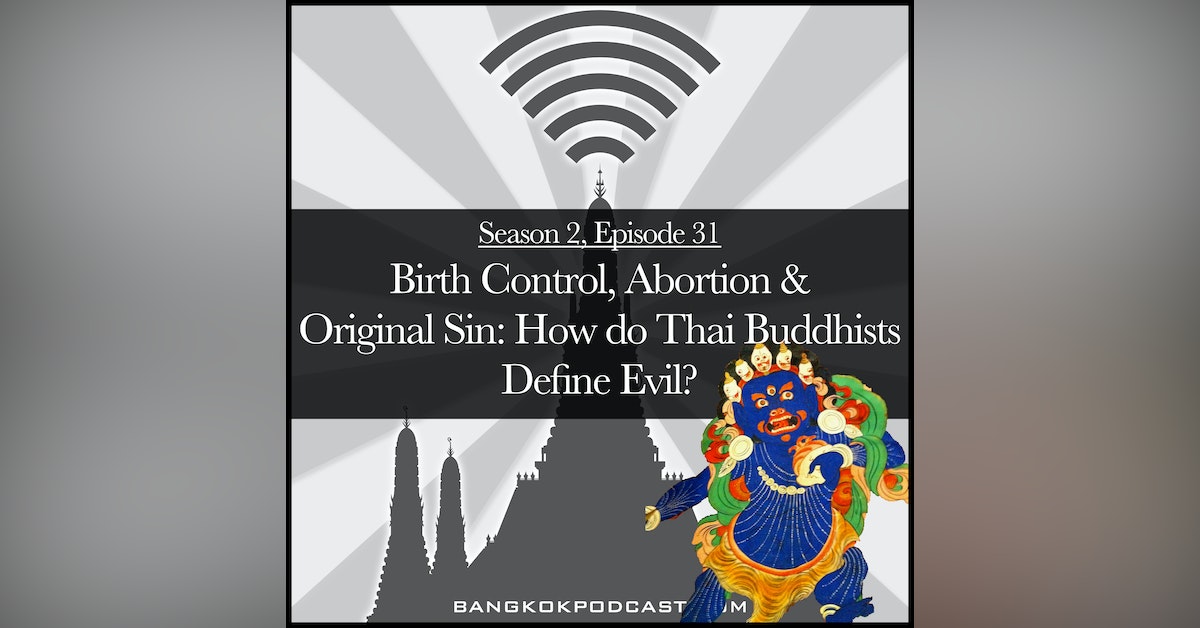 This week we talk with Bangkok-based Buddhist monk Phra Pandit about abortions, birth control, and how Buddhism defines evil. And you'll likely think Evo an idiot for his dangerous flirtation with Thailand's terrible traffic fatalities statistics, but what's a farang to do? All of that and more on this episode of the Bangkok Podcast.

Evo’s decided to rent a motorbike for the next month. Let’s hope he doesn’t get killed as he foregoes safety for convenience. Favorite quote: It’s like having a cheat code to Bangkok’s traffic. But that’s not what we’re talking about today. Instead, we’re chatting with one of our favorite repeat guests, Phra Pandit. The topic? Abortions, birth control, and how Thai Buddhism defines evil. All of this started when we learned that Planned Parenthood has moved its Asia-Pacific headquarters to Bangkok. Which, given what we know about Buddhism and things like birth control or abortion, there’s a conflict. Or maybe we don’t really know what we think we know. To find out, we brought back one of our favorite  guests, Phra Pandit, to give us the official Buddhist party line on the topic of abortion and birth control. What he has to say will likely surprise you, especially if you’re not all that informed of the differences between Buddhism and other religions. Listen to this episode to become a little more enlightened on the concepts of evil, irredeemable sin, hell, and random soul-searing insults anti-abortion protesters like to shout about when they protest Planned Parenthood clinics in the West.

Many of our fellow Bangkokians aren’t big on queueing. Nor are a lot of other Asian tourists who show up in the City of Angels. Just how tolerant are the two of us Westerners who have a pretty healthy respect for the “social contract” of just waiting your turn in line? Not very, as you could probably guess. What you probably won’t guess was Greg’s reaction when it happened to him (again) the night we recorded this episode.

If it’s your first time experiencing The Bangkok Podcast, you really should get our show downloading to your phone automatically every week. If you use iOS, it’s a breeze to listen via Apple Podcasts. Android users are be able get the show any number of ways. And for bonus points, leave us a review on those platforms or however you listen to the show. We’d love to hear from you, either on the contact form on our website or through a comment or message on our Facebook page. You can Tweet to the show @bangkokpodcast or follow Greg’s tweets for snarky Bangkok goodness. Evo chronicles his Bangkok adventures on Instagram from time to time, if that’s your thing. See you next time on The Bangkok Podcast!