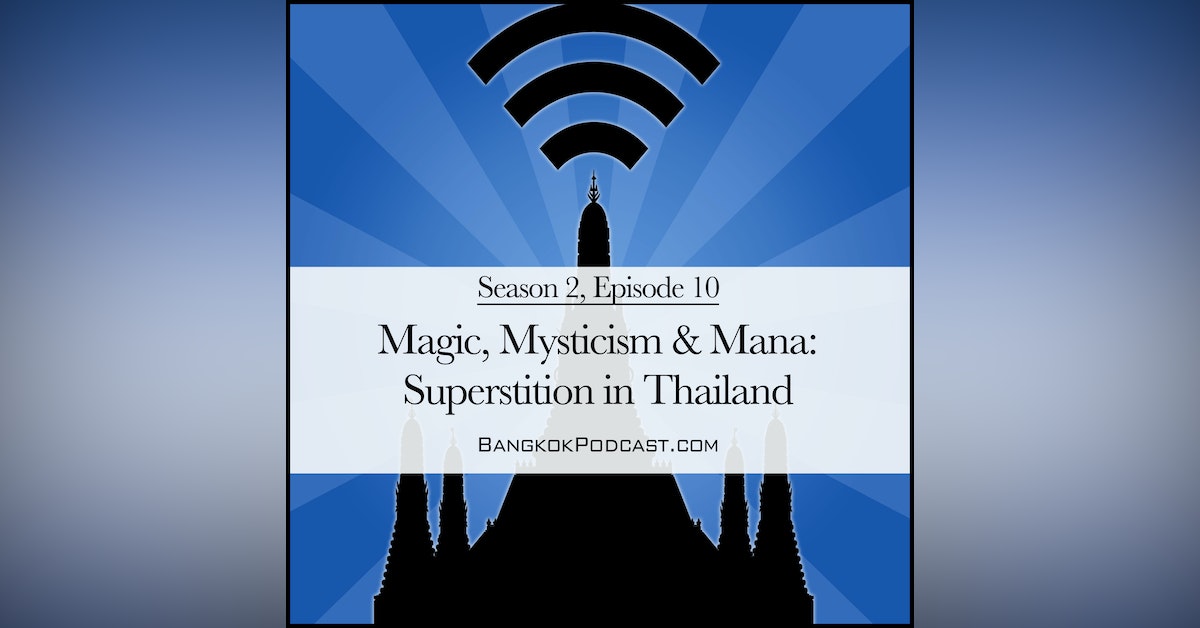 Buddhism isn’t the official religion of Thailand. But the overwhelming majority of people are Buddhist. Still, what you think of as Buddhism may not match up to the reality of the world. This is Theravada Buddhism that draws heavily on Hinduism and has

At the risk of offending some 70 million Thais, we’re looking at the religious, spiritual, and magical thinking endemic to Thailand. At least from the point of view of a couple of skeptical, non-religious Westerners.

Buddhism isn’t the official religion of Thailand. But the overwhelming majority of people are Buddhist. Still, what you think of as Buddhism may not match up to the reality of the world. This is Theravada Buddhism that draws heavily on Hinduism and has more than a dash of animism mixed in. That makes things rather interesting.

One thing Westerners often comment on is all the shrine-like dollhouses at every condo, office building, and house around the city. Those are called “spirit houses” and they are meant to be a home for… well, spirits. If you want the full details, check out our interview with Marisa Cranfill, an expert on the topic of spirit houses in Thailand. Have you noticed the (mostly) guys all blinged out with heavy necklaces sporting a variety of “charms”. Those are amulets, and they are believed to either attract good tidings (e.g. wealth) or offer protection from oddly specific maladies. It’s like taking the lucky rabbit’s foot and Ash Wednesday and cranking them up to eleven.And if not on their person, a lot of Thais let protections/powers like that get under their skin. Literally. Thailand is famous for the magical sak yant tattoo, and the annual highlight for sak yant aficionados is the Sak Yant Tattoo Festival in Wat Bang Phra, just north of Bangkok. No, it’s not your typical tattoo festival. Picture thousands of Pentecostals in the throws of speaking in tongues, but ambulatory and hell-bent on rushing toward the stage, regardless if you’re directly in their path or not. It’s the most intense, odd thing Evo’s experience during his time in Thailand. But we draw the line at the recent craze of Luuk Thep dolls. Clearly, these people haven’t seen Child’s Play. Chucky needs a date, I think. We wrap the show with another installation of Love, Loathe, or Leave. Today’s topics: saluting security guards and sharing the sidewalk with motorcycles. If you're a fellow Bangkokian, you likely have intimate experience with these two items. Drop us a line and tell us what you think. Or if you’ve an opinion or observation on local superstitions, tell us about it. Go to bangkokpodcast.com and leave a comment. Or you can Tweet to us at @bkkgreg or @evoterra. See you next week on The Bangkok Podcast!