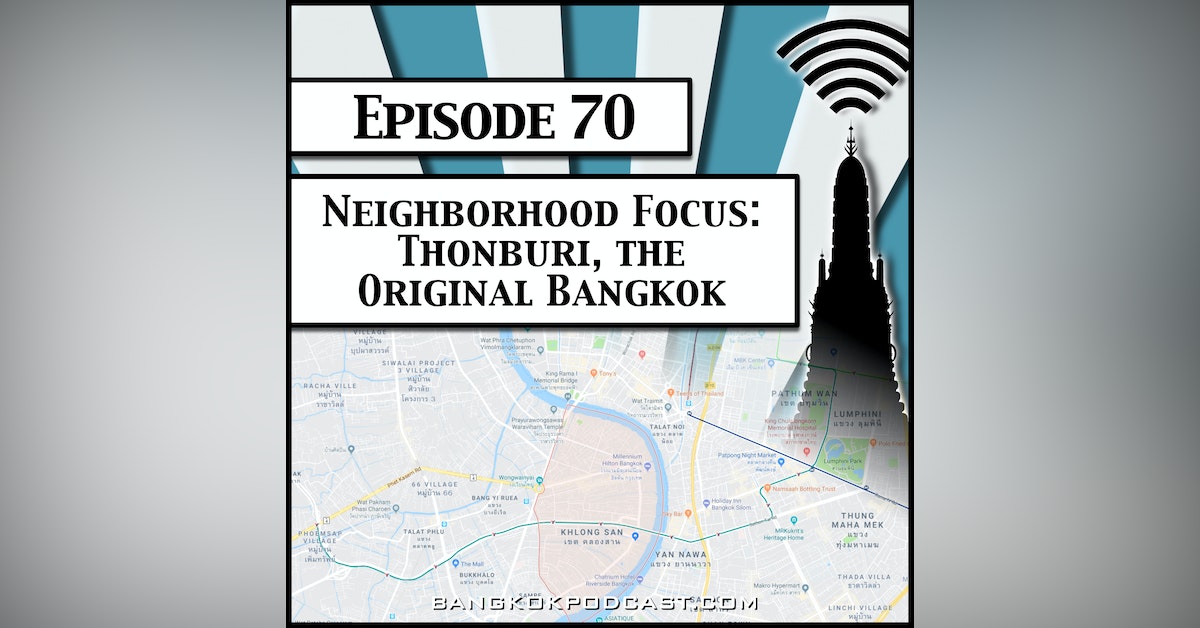 Before Bangkok became Bangkok, it was Thonburi, the neighborhood that has happily remained on the periphery of cool - but but things are changing fast.

Key links for this episode:

On the first show in our new series that digs into some of Bangkok’s better-known ‘hoods, we ask: did you know that Bangkok (that is, Thailand’s modern capital) is not the original Bangkok? Nope! The first Bangkok (that is, the new capital after Ayutthaya was thrashed by the Burmese) was a little town called Thonburi. But, that didn’t last long. Another little village called Bangkok became the new, new capital and Thonburi became a sleepy suburb.

But after only 236 years, Thonburi is about to step into the limelight in a big way. How, you ask? Malls! Trains! Hotels! Markets! Craft beer! And...cable cars?

But before we get into that, we need to thank ErQing Hui, our latest patron at the show shoutout level (who we simply call EQ (because we’re not that good with Chinese), as well as Han Choi, who became our 50th patron and will be rewarded with one (or more!) snazzy postcards.

As always, the podcast will continue to be 100% funded by listeners just like you who get some special swag from us. And we’ll keep our Facebook, Twitter, and LINE  accounts active so you can send us comments, questions, or whatever you want to share.