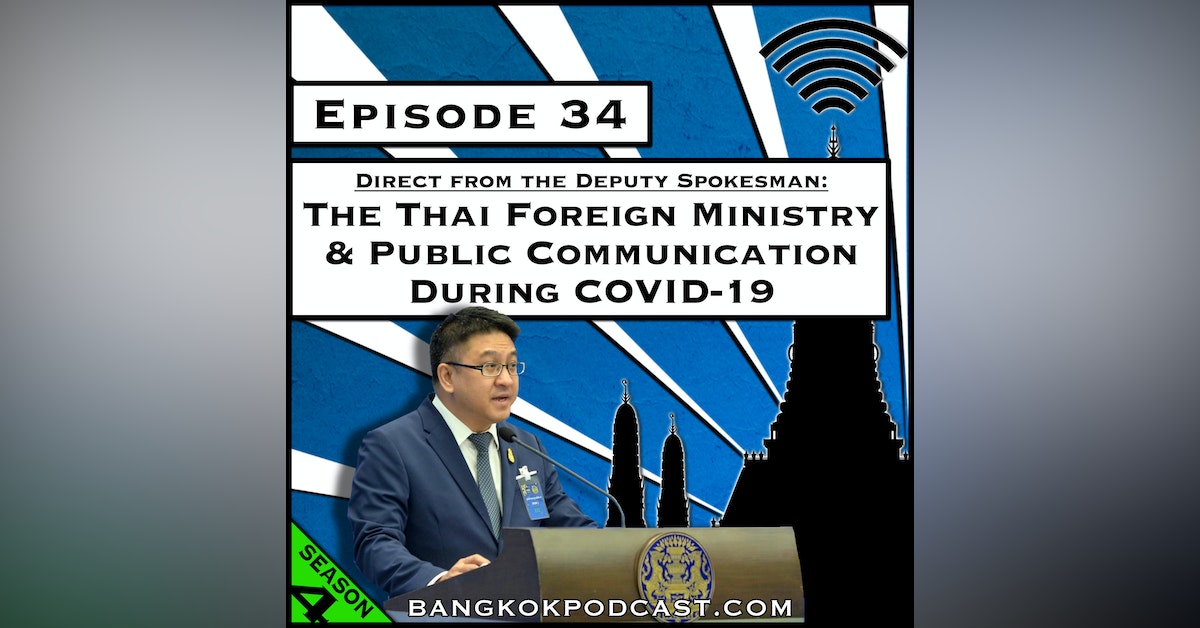 Greg interviews Khun Natapanu Nopakun, the Deputy Spokesperson for the . You’ve probably seen him on TV - he’s the guy who gives English language updates of what’s going on with the Thai government, and especially the coronavirus...

Greg interviews Khun Natapanu Nopakun, the Deputy Spokesperson for the Ministry of Foreign Affairs. You’ve probably seen him on TV - he’s the guy who gives English language updates of what’s going on with the Thai government, and especially the coronavirus situation.

Khun Natapanu begins by explaining exactly what his job is - giving info on foreign affairs to both foreigners and Thais in English. Interestingly, his job is not just to interpret or translate the normal Thai public affairs information into English, but to select and in some cases add information that is more relevant to foreigners. In short, Khun Natapanu crafts Thai government news to better fit a foreign audience. Simply put, there’s stuff foreigners need to know that Thais don’t, and vice versa.

While we’ve long held the belief that expats in Thailand really SHOULD speak Thai, we really appreciate any English language info we can get, so it’s good news that Khun Natapanu explains that this is actually very much on the roadmap of the Thai government - not just for expats in Thailand but also for the global community in general.

We also get some insight into how the MFA and other government agencies are structured, the daily schedule Khun Natapanu and his team must stick to, and even if he’s ever had any pressure to alter or censor his briefings (spoiler alert: nope).

Learn more about Covid in Thailand on Thai PBS, or watch Khun Natapanu’s briefings on Monday, Wednesday, and Friday on the MFA Facebook page.