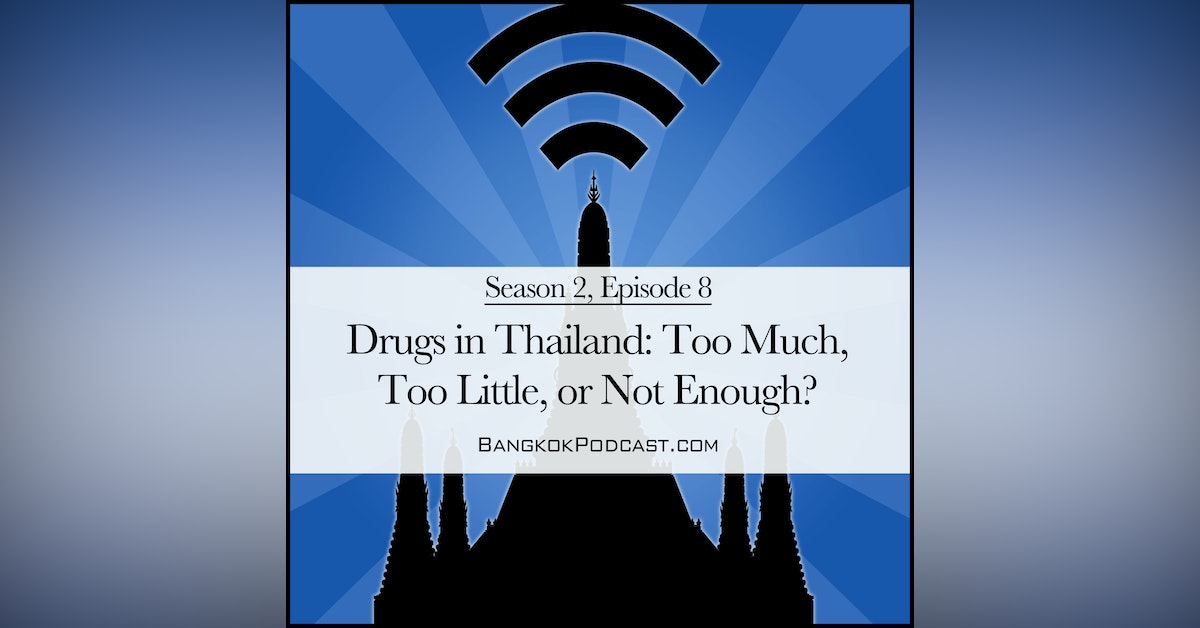 Sex, drugs, and rock n’ roll. Two of those are legal in Bangkok. Sort of. Legal drugs have a dark side, like people dying from overuse. But illegal drugs -- some pretty serious ones -- might soon be legal in Thailand. What's the deal?

Sex, drugs, and rock n’ roll. Two of those are legal in Bangkok. Sort of. Legal drugs have a dark side, like people dying from overuse. But illegal drugs -- some pretty serious ones -- might soon be legal in Thailand. What's the deal with all this back and forth?

(Direct download .mp3) Here’s the reality of living in Thailand: Whenever we -- Westerners or Thais  -- get sick, our first stop is the hospital or the pharmacy. Chances are, either the doctor or the pharmacist will have a remedy in pill form ready for you. And quite often, they’re unnecessary. Got a cough? Take these antibiotics. Can’t sleep? Try this anti-anxiety medication. They’re cheap, so why not? Because they are literally killing us, that’s why. But on the flip side, it’s great for asthmatics to pick up a rescue inhaler without a prescription. Just don’t expect to pick up any Sudafed. Or as they call it in Thailand: the precursor to methamphetamines. Speaking of that… Thailand has a rich history of illicit drugs. But just because there’s a strain of marijuana named for the country, the authorities aren’t too keen on smokers of the herb. And this is Thailand, probably not the place you want to cool it in a cell for a while contemplating your poor choices in life. Yet there are discussions at the highest level of government to consider decriminalizing marijuana. And, as strange and unfathomable as it sounds, meth (yaba, as it’s locally known) might also enjoy recreational status in the future. Go figure. We’re keeping the Love, Loathe, or Leave segment rolling, this time with a discussion about climate change inside the skytrain, and the bane of all who walk on the sidewalk, being brick-flicked. If you're a fellow Bangkokian, you likely have intimate experience with these two items. Drop us a line and tell us what you think. Or if you’ve an opinion on the issues of drugs -- legal or other -- tell us about it in the comments below, or tweet to us at @bkkgreg or @evoterra. See you next week on The Bangkok Podcast!